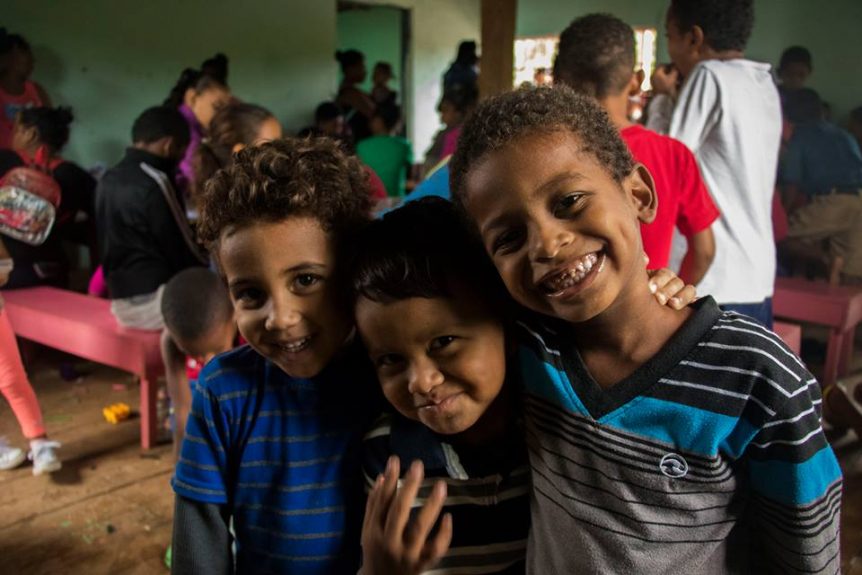 I never thought I would find myself joining Abante International living in Roatan, Honduras, substituting for a 2nd grade class and meeting so many new people who are all so loving and supportive.

During my first month of Abante International I got to meet my amazing team in Cleveland Georgia. We were based out of The Bridge Church, to learn the expectations and learn what we were going to experience while we travel to Puerto Rico and live there for 3 months. It was a lot to learn but a great experience because everything that we learned we are actually putting into practice. While we were in Cleveland, Georgia I stayed at a very lovely home with 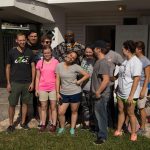 some amazing people. It was great to meet their families and become apart of their family as well. The team all found ourselves trying to figure out what we were going to do for worship services for the next 9 months. Everyone was a bit skeptical about what their talents were and how we could put them to use. Once we figured out who was going to do what, it was time to put it into action. We went to a youth service and expressed our talents on stage, with worship music, a drama, a sermon, and a few testimonies, along with an alter call. The alter call was actually new to me and it was a bit strange at first but I just realized that is the difference between Church of God and Lutheran backgrounds. The service though turned out great as we then knew what our talents were and how we could work on them if they were a bit rusty. Everyone on this team has very unique characteristics and it all blends well together, which makes us become a family. The team went to Tenseness to do a high ropes course to see how well we could problem solve and how we would be able to function as a group with obstacles in our way. This course also tested our trust towards others, especially when your team is holding on to one end of the rope and you are on the other end, about 20 feet high in the air about to jump. This course pushed us to see what we will have needed to work on as a team to get through the next 9 months. After Tenseness we went back to Georgia we were able to go on a hike with Tom SOMETHING ? which was a really great experience. After the hike we found out that our Director, Diana Cruz, needed to go home to Puerto Rico for so me personal business. While she was there we found out that there was going to be a hurricane passing right over Puerto Rico and going to hit Florida. 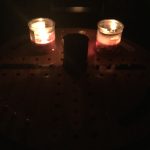 After Irma passed, Puerto Rico lost power for a few days, and Georgia received some heavy wind, rain and fallen trees. Our host home even lost power for about 5 days straight. Then we hear about Hurricane Maria (a size 5 Hurricane) that was going to go right over Puerto Rico as well and our director was still there at the time Maria hit. After Maria hit there was no communication for a few days from Puerto Rico. When we finally received communication we found out that the island had 100% no power and was struggling, people would start to freak out and start to become evil in a sorts of stealing gas, and water just to live. The island at this time still does not have any power, water, gas or money. There was no safe way off the island, the airport was closed due to flooding and unsafe road ways. My team was in distress that we would not be able to see our director for a long period of time. It was an eventful month in Georgia because we were unsure of where we would be the following month.

In the mean time as we were waiting for her to come home some how, the team ended up going on a road trip to Miami Florida to stay at some more host homes, which were filled with lovely people. We attended Cooper City Church of God which was home to Pastor Kevin a friend and a fellow co-worker of Pastor Brian’s. At this church we started off by cleaning out a storage room, to be able to have different organizations come in that day to take and clean up what is theirs and have them re-organize it to put back into the storage closet. We then went to a few of their youth services and enjoyed hanging out with the youth from the church. We also were able to load and unload a few shipping containers one was to send down to the Keys of Florida, full of personal care items, food, dippers, candles, water and cleaning supplies to take to different churches, to be distributed to families who could use what they lost from Hurricane Irma. We they went on another road trip down to the Keys of Florida. 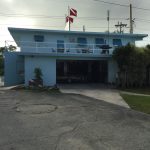 For a week my team stayed in an apartment living area above a scuba shop. While we were in the Keys, we helped clean out houses and trailers that were affected by the hurricane, we helped chop wood, clean up the branches from their yards, and we helped gather food, and clothing supplies to hand out to people who had lost a lot of their personal items in the hurricane. 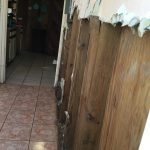 A lady was showing me the the height of the water was about 4 to 6 feet high and it was
enough to sweep away houses into the ocean. Anything that was not touched immediately after the hurricane sat in its place and started to mold. There were so many people who last everything they had, yet they still came out to help their neighbors clean up their homes, yards, and encourage them to keep their spirit up, that it wasn’t the end of the world but just an obstacle that the Lord has placed in front of us to see how we would react and to see if we are capable of working together as a community to help out our neighbors and support them in every way we can. 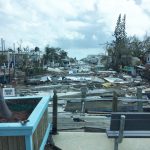 After about a week in the Florida Keys helping people out, the team then went back to Miami Florida and received new host homes, where we continued to help out the Cooper City Church of God, with unloading shipping containers to throw a way things 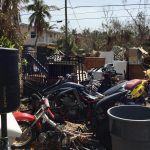 that were not usable on them and to keep everything the did need back inside the container. During this time we had a meeting and our guest for that meeting was actually Diana Cruz, our Director who was trapped on the island of Puerto Rico. Everyone was very shocked to see that she was here in the midst of us. Apparently she was able to get on a relief flight to go to any airport she needed to get to us. A relief flight is a plane that comes to the island to give food, supplies, and water as needed for people to continue to at least live, and on the way back to the states they were able to take civilians who could pay for a seat to go to the states. We were all very excited to see that she was safe and has joined us back in the states.

As a full team we continued to load and unload containers. One of which was going to be sent to Roatan, Honduras. It turned out that Pastor Kevin had a mission house in Roatan and was happy to invite us to stay there. Usually Abante would go to Puerto Rico for three months after staying one month in Georgia, but because of hurricane Irma and Maria, were would not be able to go to Puerto Rico. We organized it to where we could load a shipping create in a certain amount of time to be sent to Honduras as soon as possible, and when it gets to Honduras we would be there to unload it, and to try to set up the house as best we could, before Pastor Kevin and his wife came down to put things in its proper place. As we found out that instead of Puerto Rico we would be going to a little island off of Honduras called Roatan, there would be differences when we got there. So we ended up leaving a few days after we found out that we were going to be going to be living in Honduras for a little over two months. 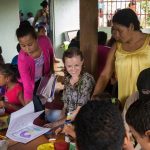 Here in Honduras, it has been a real adventure so far. We did end up unloading the shipping container that came to the house but also a container that was at the Vessels of Mercy Clinic, which was full of medical and school supplies. At the Vessels of Mercy Church and the Kingdom of God, we have had the opportunity to give testimonies and work with their worship groups. It was a great experience being able to communicate with all the people in the community. There was a time when a school named Kingdom of God school asked us to come out and teach a few of the classes. They wanted us to be substitute teachers for the 2nd,4th,5th, and 6th grades.

With this all of my women colleagues got our first real experience in a field where we succeeded in teaching the children what they needed to know. In Honduras they will take just about anyone who has a high school diploma and can speak English to be a substitute teacher or even become a teacher to these children. Everything that we thought and saw about Honduras was pretty rugged or at least that is what we thought until we went to a place on the island called Oak Ridge were the lesser fortunate people lived. No one had air-conditioning, good electricity, clean water, a lot of food and a lot of money to do as they may want to do. 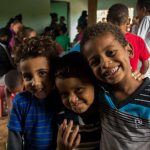 But even though the people who live in Oak Ridge don’t have much, they really know how to give their love towards you. They are the sweetest people and even though not all of them know English they are really happy that they are able to see and hang out with us. Knowing that a lot of them know God and what he can do is a real pleasure and great relief to know that they have standards that can help them out in the long run. The things that these kids and their families go through is extremely unbelievable, but then again they are happy. 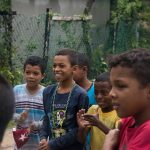 That just proves that no amount of money will make you happy. That if you have each other to love and hang on to, that is all that really matters. No amount of happiness will come from money or the things that you have, but instead it comes from your heart and hearts of those who are around. Getting to know this community of people has really expanded my mind of how people can live with very little and not much is needed to be happy. I will continue to pray for all the people I have met in my life and for those who have supported me on this Journey, for this Journey was a very unexpected twist on my life. 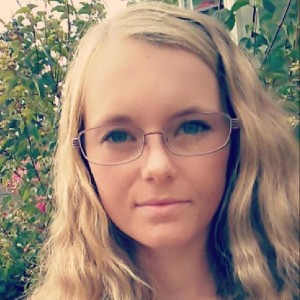 My name is Emily, and I am 19 years old. I grew up in a small town in Western Washington. Coming from a Lutheran back ground, my experience will be different than those who are from a Church of God background.