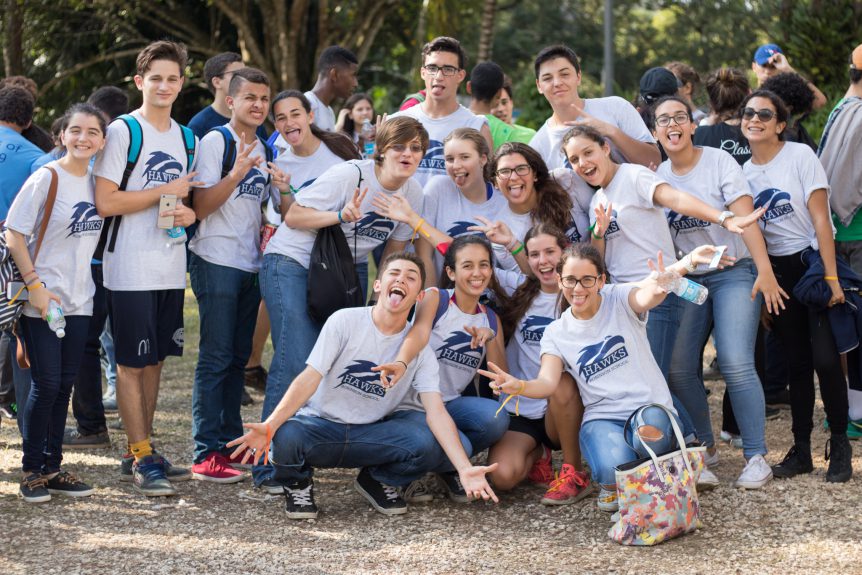 Leading the Robinson Camps was an experience that I will remember for a very long time. It was something I wasn’t ready for; however, the experience helped me grow nonetheless. Brian and Diana approached me two weeks before our first camp and asked me if I would be willing to lead them. They wanted me to plan our schedule and activities of the camps for the Abante team. I had previously lead smaller events, so with confidence I said yes. I did not realize how much different these camps would be from anything I had ever experienced before.

A few days later, we left for the school to learn more about these camps. Upon arriving we were all lead to a classroom to sit down and discuss the camps. During the meeting we established that most of the children were not Christians. In fact, a lot of the High school students resented Christianity because they felt the school was forcing them into it. In a sense, they believed that a lot of Christians were hypocrites. The teacher, Elba, proceeded to read us notes from the students about why they didn’t like the Spiritual Ethics courses she taught. Most of the complaints were about them believing in something but them not being sure it was Christianity. The teacher seemed to be in distress and explained that at this camp she believed that the thoughts, attitudes and negative emotions the students associated with Christianity could be repaired. At the end of the meeting they gave me a rough draft of the schedule and told me to change it as I wished. I also had to decide how to “preach” to kids who did not believe, and already did not like hearing about the religion.

Needless to say I was stressed, I felt the responsibility of the camps on my shoulders and my mind began to race for a formula that would lead to the results I had been asked to create. I remember thinking about various sermon topics and not feeling like any of them would be right, I eventually asked Brian for his opinion. Brian encouraged me and told me that he didn’t think a sermon would work, but rather, to think of it as a talk and an appeal from the foundation of Christianity. This helped me immensely and I began to pray for God to speak to me about what the students needed to hear.

I delegated the games to my colleague, Kevin Rodela, and I invited Janessa Watson to help in planning the schedule. I say this because I wouldn’t have been able to do what I did without the help of all of my colleagues. I got a rough draft of the schedule done and I was still struggling with the complete content of my sermon, but that wouldn’t be resolved until later. I had everything that I needed to go into the second meeting about the camp. The second meeting was a bit more difficult, the staff of Robinson asked a lot of questions I didn’t yet have the answers to and rearranged my schedule. These changes meant that I had to reevaluate and plan for a different flow throughout the day. Honestly, I walked away from the meeting more stressed and felt more pressure to deliver something that would be life changing to the students. I was between the tension of trusting God and planning enough to be sure that I wouldn’t fail. Not only that, but I still was not sure how to speak to kids who did not like the thought of Christianity. As I prayed, I found the only thing that resounded through my mind: relationship.

In Abante, we are taught multiple things, but one of the main things is that we do not convert people based solely on the words that we speak. We have to be intentional about building relationships with people and then allowing them to see the difference in who we are, ultimately leading to a friend speaking into another friend’s life about Christ. This teaching would be the founding principal of both of the camps, because the students knew what it was to preach at with the words of the bible; however, they had not yet experienced the love that Christians should bare for those who are lost.

I presented the new and improved schedule to Robinson and the camp was going to be here in less than three days. I prayed that they would go well and that the students would hear whatever God was trying to speak to them in those moments.

The High School camp was first and a lot of these students were the ones who did not believe or agree with Christianity. I met with the team the night before we left and spoke about the camp. I cannot remember my exact words, but I spoke on being organic and honest with the students. I told them to not be intimidated by the students simply because they did not share the same belief, but be full of God so that they might see him even in the simple things that they did. I really wanted them to remember that it was not by our power, or words that the students’ lives would be changed but only by God. Yes, we could be the vessels, but I wanted to make sure we knew who was in control. This was a lesson I had to learn as I started planning and stressing out about the events and students. God gave me peace and I leaned into him in that moment, I wanted the same experience for the rest of the team. We spent about thirty minutes in prayer for the students and went to bed, ready to take on the first camp.

My name is Quay, I am currently 20 and was born and raised in Lagrange, Georgia. I love to play chess and ping pong and usually read or write in my spare time; I also enjoy nature and exercise in moderation so I tend to enjoy going on hikes or just walking through a forest.