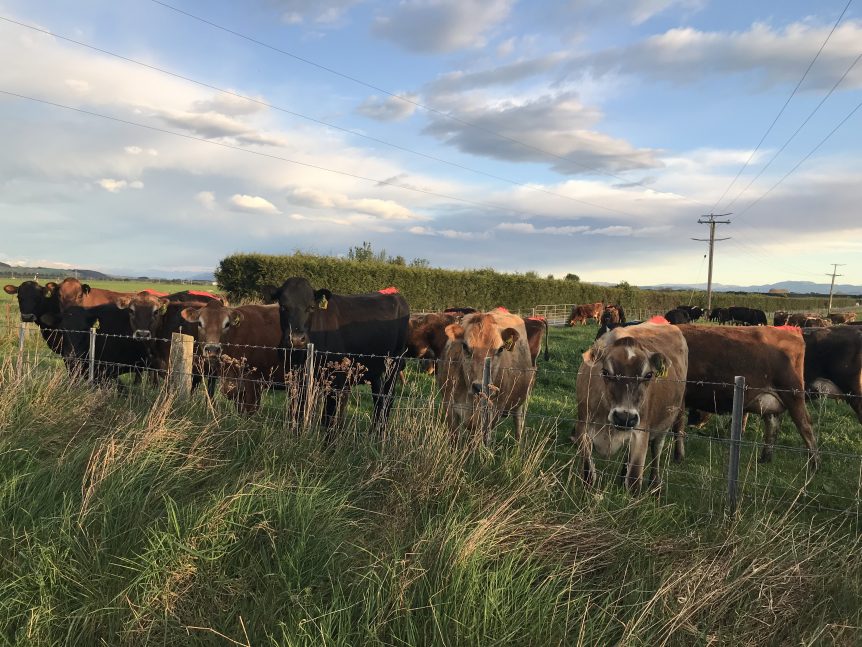 For the first four months of Abante International, we are living with a family that has lived in New Zealand for almost a decade now, although they were not natives. Our host family is made of four people, Esther (mother) who was born in Germany, Eugen (father) born in Romania, and their two daughters Yasi and Lena. As an early married couple with two young girls, Eugen and Esther felt God calling them to a small community on the South Island of New Zealand called Papakaio. Nearly half of New Zealand considers themselves atheist or having no religion and the majority of the population is turned off completely to the gospel due to previous events that have left a bad taste in their mouth. God called them to be missionaries in a foreign land, but He did not intend for them to come for a week and then be on their way. They have settled here with their dependence being on God.

New Zealand is known not only for their beautiful landscape but also for their farms, especially in Papakaio. We are surrounded by farms that are means for sustainment. Eugen and Esther live off of their own land in order to put food on the table and to provide for their family further. Not only are they farmers, but they are also very involved in their community. From pastoring their own church, to hosting a community youth group, to being a board member at the local school, to participating in community sports; their schedule can get pretty busy. Ministry can be exhausting, especially when you have little help, as in their situation. A big part of our mission here is to simply take some of the load off of Esther and Eugen’s shoulders and serve them in whatever way they need. Sometimes that looks like sharing the devotion at youth group and we do it. Sometimes that looks like carrying wood from one location to another so that a barn can be cleared out for the new calves coming in and we do it. Sometimes that looks like feeding five lambs and thirteen calves every morning so that they do not have to, so we do it. I know that it is exciting to see missionaries build a house for a family or feed foreign children and while these things are amazing and good in God’s sight, missions are not limited to these things. A lot of my posts have been about the farm animals around me here in New Zealand and while I do love caring for them simply because I love animals, it is not the primary reason for me being here. Although our work here does not look like stereotypical missions, it is more than just feeding farm animals. It is less about the action and more about the heart behind it and simply doing something so that they do not have to gives them the opportunity to put their time and effort towards something else or even just to take a minute to breathe and rest. It is taking just one thing off of their very full plate.

As I mentioned, Esther and Eugen are both pastors of a tiny little church here. Due to Papakaio being such a small community, there is also small attendance. However, I see how much they invest in their congregation. It truly is the importance of discipleship to a few or even to one. Their budget is small which means they must use the resources that are readily available to them. Yes, this is different from what we are used to, but is it wrong? We all have this predetermined mind set of what church should be like and that everything should look a certain way. The chairs should be set out, the worship team should be extravagant, and the stage should be ready to go. But, where did all of these notions come from? The bible says that the first churches were simply communities and that “all the believers were one in heart and mind. No one claimed that any of their possessions was their own, but they shared everything they had” Acts 4:32. Church is not a place we go on Sunday mornings, Church is intended to be a body of believers who come together for one purpose, in one name. In this particular church, all of the predetermined notions of what church should look like are stripped away and it is simply an authentic night of worship, prayer, and community. We sing with our hearts open to the Lord with simple instruments. With no fancy lights or loud speakers to guide our emotions, the Spirit moves in our hearts and the church is content. I am reminded that the things that we tend to value are not the most important and sometimes all we need to do is be still and know that He is God.

Ministry is not always about quantity, but it is about investing in the people that God has put in your heart and in your path. Being here has reminded me of the verse Matthew 25:21 “Well done, good and faithful servant! You have been faithful with a few things; I will put you in charge of many things.” You do not have to be a pastor of a mega church. You do not have to do it all. Simply let Jesus use you where you are day by day. Jesus calls us to serve wholeheartedly, no matter what the task looks like. The simple things count and if feeding animals is helping to serve someone for the greater good, it just might be Kingdom work too. 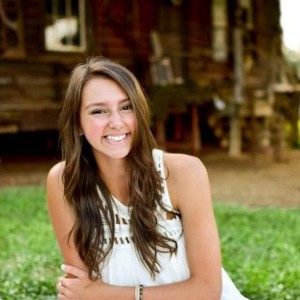 I'm currently 18, born and raised in Covington, Ga. I have a heart for Jesus, music, and animals, but I'm also one of those 'i like art' type girls.