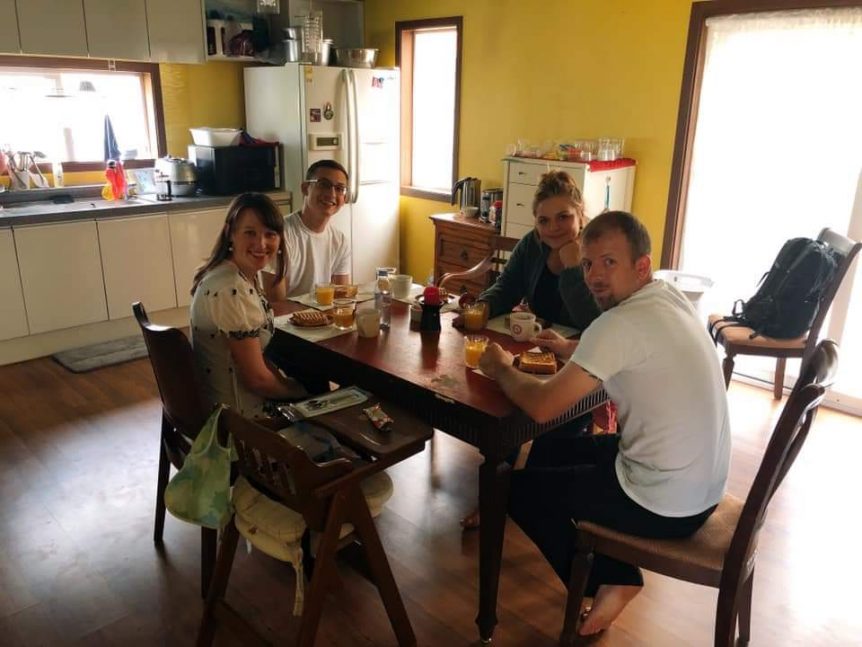 To preface, I will leave out a lot in my future posts. Our days normally have schoolwork, cleaning, cooking, leadership/discipleship training, and activities such as that. Those topics can be a little dry, so I won’t write about them unless something comes up in those moments blog-worthy.

Keeping that in mind, we pick up the journey on August 24th. That was the day I made it to McCalla, Alabama. That was the last night of training in Alabama; I had missed most of it due to my late arrival. There I meet my colleague, Dallas Hoogeveen, as well as my mentors, Jason and Kassie Tyner and their 9-month son, Joel. Brian was there, however he didn’t come to South Korea. In McCalla, we stay with Pastor Roger Daniel. It was a nice home to stay in and gave a lot of good advice. The next day, we go to his church where Dallas and Kassie lead worship and share. We finish there and go back to the Pastor’s house.

The next day, we drive to Cleveland, Georgia where we stayed for a week. I was dropped off at Pastor Patrick Ballington’s house, another man I had the fortune of meeting at the Eagles Initiative. The others stayed at the house of the Sosebee’s. I was dropped off very late, so that day was over by then.

The following days were a little dry from a narrative standpoint, but full from a spiritual one. As I said, I will skip over the areas where teaching was the main focus. The next area to pick up on would be Wednesday, our family fun day. We went hiking, which was pretty fun. We talked and started making bonds. We enjoyed looking at the waterfall and walking along the path. It doesn’t sound very exciting, but it was nice and peaceful. That night, Dallas and I attend the youth service and get to meet Ashton, the youth pastor, and Sydney, a former Abante colleague. We were invited to a baseball game on Friday, which we decided on attending.

Narratively, Thursday was another training day, so we’ll skip past it, aside from the time I spent at the Sosebee’s. They are an amazing family and I had a great time bonding with them and with the other Abante people. I met Katie Anne Sosebee, who was also in Abante a couple of years ago. Friday, we go through our normal daily schedule, until about three. We then go and meet the youth pastor and the other young adults attending the game. The game was moderately interesting, but I don’t really care for sports, so I was more there for the fellowship. There were about ten people who came and it was a good day. Not too much more to say about that.

Saturday was our shopping day in Gainesville. We looked around for specific things that Brian needed to put the Abante logo on. We all found clothing that we liked and matched one another. Finding a solid polo that had no logo on it was a challenge though, so this day ended up being an ordeal. We eventually found them in Walmart, so we had nice jackets and Walmart polos. I don’t know what the girls found and where they found them, but I don’t suppose thats important.

Don’t worry, South Korea is coming soon. Just hang in there and we’ll get past this week.

Sunday was a church day. I spent the day with my Abante family and Katie Anne at church. Nice fellowship, nice message, nice communion, your basic church service, although I thoroughly enjoyed the teaching of Pastor Patrick. The rest of the day I spent with the Ballington’s, getting to know them better and trying to show my appreciation for allowing me to stay.

Monday and Tuesday were peaceful days. I spent most of them at the Sosebee’s. I spent a lot of time with my Abante family. We played pool games with the Sosebee children. Katie Anne showed Joel, Kassie, and I their horses, which I also enjoyed. It was a great day. Wednesday arrived, which was our last day in the States. I send my goodbyes, take a few photos, and then we go. It was a pretty seamless transition and before I knew it, we were on the plane ride.

It seemed like the plane ride would be amazing. We had a baby, so we got on first. We had bassinet seats, which meant we had lots of foot room. We had our little TV sets that had an average selection of games and movies to watch. It was only a 14 hour flight. Well, we had our first meal and I busied myself with some random games. Through several unfortunate circumstances, the people around me, I was unable to sleep during the plane ride. I believe that by the end of the plane ride, I had been awake for 24 hours. I was pretty miserable, and we still had an hour layover and another hour long plane ride. I sleep on the second plane and on the car ride to the home. I set my stuff down, help unload, lay down, and before I know it I’m asleep in South Korea. Luckily, this unorthodox flight strategy adjusted me to the 13 hour time difference, nearly immediately.

So, now I’m in South Korea, so I’ll have more to blog about. Until next time! 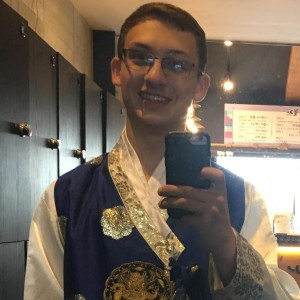 Hey there, my name is Baker and this is the abode where I post my most secret thoughts on, and by that I mean this is where I blog. I am 17 and from LaGrange, where I attended City Light Church. I am very excited to be a part of the Abante team and to see how God will use me in this season. I thank everyone who has supported me and has come along with me in this adventure!