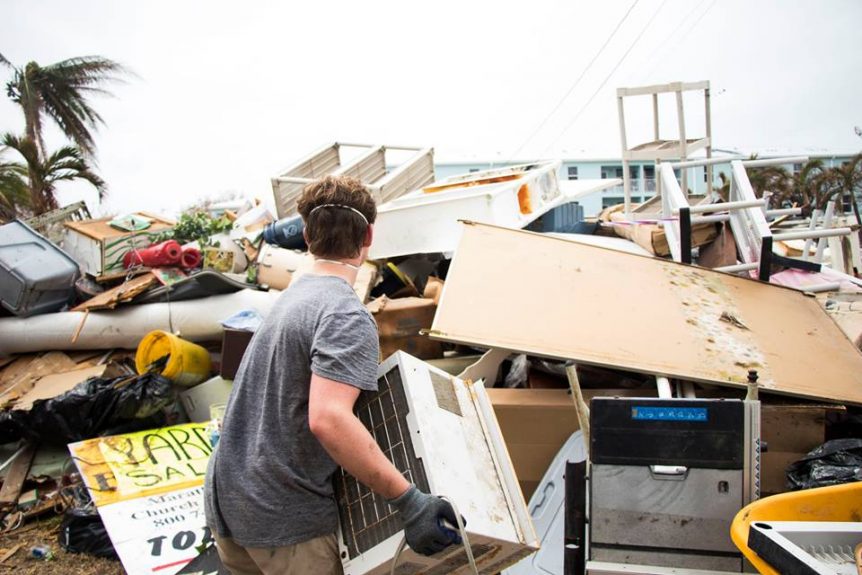 Hey everyone! Due to all of the, what seemed to be, nonstop hurricanes this year, we weren’t able to travel to Puerto Rico. Although this was a stressful and unexpected detour in our plan for the year, the hurricanes closed a few doors while God opened a few windows of opportunity. One of the many windows that were opened was to travel to non-other than Florida, the Sunshine State.

Our first stop in Florida was Cooper City. This is a city about 30 minutes outside of Miami. I had the wonderful chance to work with the worship team here in Cooper City! We had the chance to work at this church and do whatever we could to help. A part of this help, we, as a team, had the opportunity to help Cooper City Church of God as we prepared supplies to be shipped to the Florida Keys which had recently been devastated by one of the many horrible hurricanes known as “Hurricane Irma”. Now, if you don’t know, the keys are a line of islands off the tip of the main land of Florida that is connected to the rest of Florida via a two-lane bridge. These islands, were devastate by hurricane Irma. Tons of peoples belonging were destroyed and turned to garbage as the resided in piles that lined the streets of the keys.

When we arrived, we began to help prepare items to go down to the Keys to help with hurricane relief. After a few days of preparing everything, we took a bunch of supplies down to the Keys. From the moment we arrived in the Keys, we were honored to begin working to help out with some of the devastated people. Now, keep in mind that we arrived 3 entire weeks after Hurricane Irma hit. I don’t tell you that so that you think we were late to the game, but to tell you that even with this much time, the amount of destruction that was there was astronomical and incredibly alarming.

During the first few hours of being there, the team unloaded the trailer of supplies that we had loaded. During the week that we were in the keys, We had opportunities to clean houses and yards, to help with a church service, to pray with the people, and much more. We were all grateful for each one of the opportunities that were given to just help.

One of the amazing opportunities we had was to help this elderly family out. Their yard was utterly destroyed and they hadn’t the means to have their house and yard fixed. Therefore, the guys worked on their yard while the ladies went to clean out a different home.

We worked all morning on this yard, and we began to see a lot of progress. However, a tree that had been uprooted by the winds of Irma was incredibly inconveniencing. In fact, we had no idea how we were going to accomplish this task. We decided to take a break while we try to brainstorm ways to get this massive tree out of the yard. We began saying things like, “Wouldn’t it be great to have something large enough to just drag this tree out of this yard?!” The thing is that as soon as we started talking about this, a random truck pulled onto our street with a HUGE Bobcat digger on a connected trailer. Instantly, we ran up to this stranger and asked him for a hand. Not only did he agree to help, he insisted! We knew this was God providing, but we wanted to bless this man in return. Therefore, we gathered what few dollars we had between us to give him. However, he wouldn’t accept! The only thing he would allow is for us to pray with him, which, of course, we were more than willing to do. This really showed that even in the midst of a storm, God is a provider!

Thank you to everyone who has been supporting me financially and through prayers! I am excited to see how God will use me and the Abante group for the upcoming months. I will continue to try to update everyone as I go. Make sure to be following me on Facebook (@Ryan Pruett) as well! 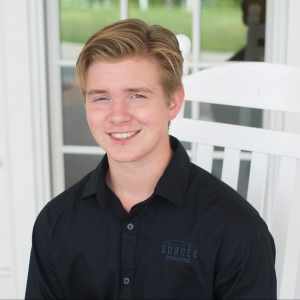 I am Ryan Pruett. I am from East Alton, Illinois. God has called me to do mission work this year. I am currently working with Abante International. I am so excited for what God is doing in my life everyday, and I am incredibly zealous of what is to come!