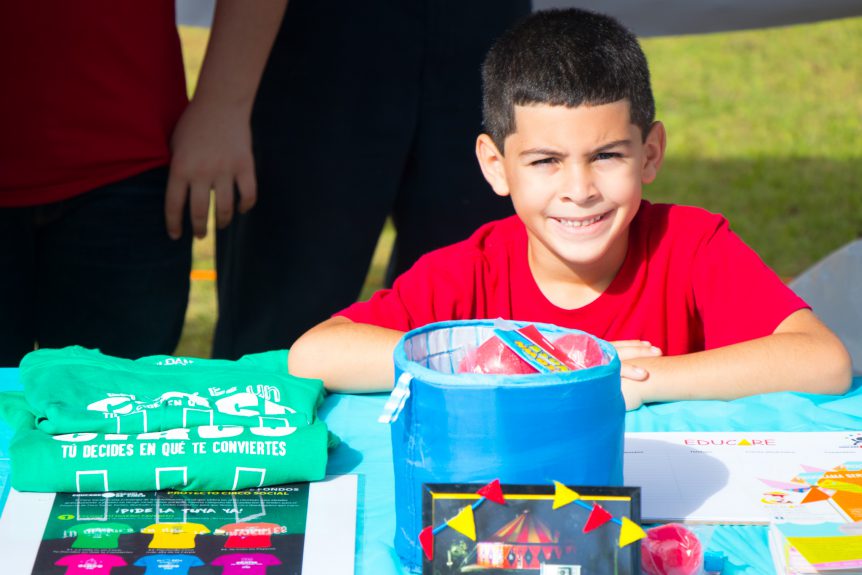 On November 19th, I had the privilege of leading my Abante team at an event called, Discover Puerto Rico. This day is intended to celebrate all things Puerto Rico, its founding, and its culture. I was excited to learn, serve and join in on this celebration, but I really battled with confidence in my leadership skills. I didn’t anticipate the lessons I would learn about myself and my leadership while I helped in the event.

Before this program, I have always been a follower. I’m good at listening to directions and putting them into action. So naturally, leading has always seemed to feel like the polar opposite of who I am. When I was asked to be the liaison for my team and this event, a few fears surfaced. I didn’t want to come off too strong when things needed to be done, and I wanted to make sure people remained proactive and engaged. I wasn’t sure if I would be able to lead in places my team, and the organizations we partnered with, needed me to.

Getting ready for the big day I quickly learned how important it was to be organized. I met with the women running Homeschool 4 Change and tried to gain as much information that I could from them. I wanted to help them and my team as best as I understood that I could. Though there were difficulties keeping in communication through preparation, the committee and I tried to best figure out what the team could do for them. We discovered different stations for the team to manage, but there were still some holes in my organization. When the day came, this is where most of my worries derived from. There were questions from the team I could not answer. I was hard on myself, but my disappointment lead to my next discovery.

I learned that people understand how hard it is to lead. My team definitely understood that. They gave me grace the whole time I was worrying while we worked. Though this process, I found that leading is being a servant to others. When the Homeschool 4 Change women, who ran the event, asked for help I was available to help with anything they needed. As much as I was worried about my own performance, throughout the day I learned that leading was not about being first. It was and is helping others to be first.

Even though I spent the majority of the day stressing about if I was doing a good job, the event turned out to be great. I was so proud of my team. It didn’t matter as much to me if I did well as much as it did that the team saw that they did well. They interacted with the people of the Dorado community, showed the love of God, and helped showcase the talents of multiple homeschool children throughout the day. In the end, I realized I shouldn’t have been so worried about my leadership. God had everything in control.

I am young woman of God who loves to sing and act. My dream is to spread the love of God to people all over the world and become a teacher. God is guiding my footsteps through this journey we call life. If you would like to donate , I would be very thankful!